A job advert for Office Mobile testing in October 2010 referred to "Office 15 and Windows Phone 8 planning phase just getting under way", rumours in March suggested the code had already reached Milestone 2 and what looks like a legitimate build leaked in May. The Office division takes two to three years to put out a

new version and we saw the beta of Office 2010 in February 2010 followed by RTM in May.

Microsoft names products by the year after the financial year they come out in (so they don't look out of date immediately), but Microsoft's financial year ends in July – so anything that releases to manufacturing after July 2012 would have 2013 in the name. Office 2012 beta will probably show up early in the year again, with final code by the middle of 2012 and the actual Office 2012 release date would be before late summer. 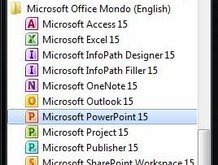 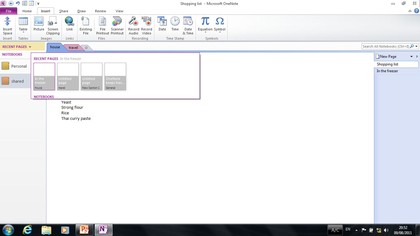 Record the Lync talk by OneNote